27apr7:30 pmVrtual Seminar: Lough Erne Landscapes Through A LensLough Erne Through a Lens 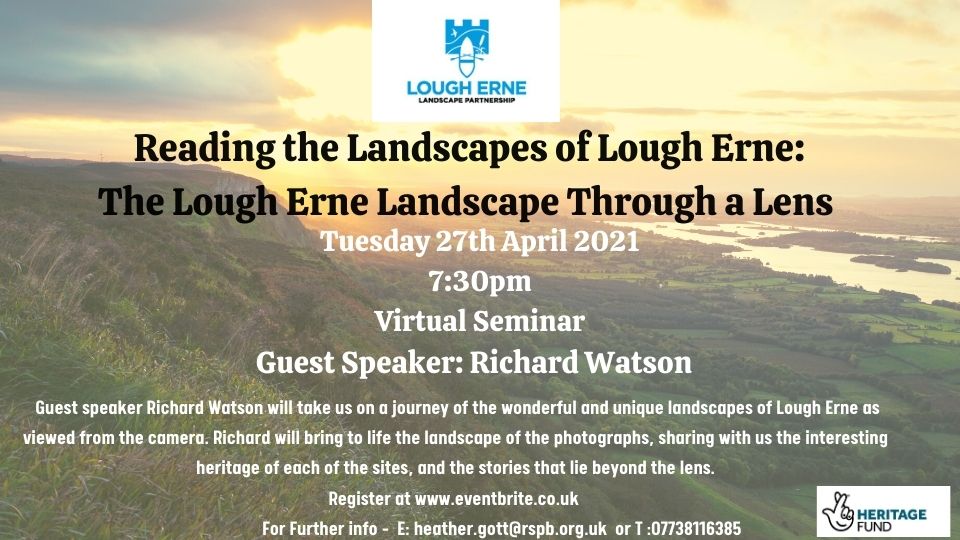 Richard Watson is a volunteer with the Royal Society for the Protection of Birds in his current role as the Independent Chair of the Lough Erne Landscape Partnership.

In 1985, Richard became the first Manager of Marble Arch Caves and he remained in that post until his retirement in 2018. In 1998, Richard was responsible for setting up the adjacent Cuilcagh Mountain Park and, in 2001, he successfully amalgamated both facilities as the first Geopark in the UK. Following that, in 2008, Richard was instrumental in expanding the Marble Arch Caves Global Geopark from Fermanagh into Cavan making it the first cross-border geopark in the world.

For almost 20 years, Richard has carried out a voluntary role for UNESCO (the United Nations Educational Scientific and Cultural Organisation) as one of their accredited Senior Geoparks Assessors. This means that he is qualified to carry out formal inspections of existing and applicant geoparks and to make recommendations on the future status of those geoparks. So far, he has visited more than 50 geoparks in different countries around the world.

Richard is also a voluntary member of the Committee of the Joyce Country and Western Lakes Geoenterprise, which is working hard to establish a UNESCO Global Geopark in that part of Connemara.

Join us tomorrow 2pm and have a go in a traditional cot hand built by 2 local community groups. The project was initiated by the late Fred Ternan & tomorrow we will launch the cots in his memory. @HeritageFundNI @fermanaghomagh https://lelp.org.uk/events/traditional-cot-launch-in-memory-of-the-late-fred-ternan/

1st June 2022
The first phase of the new Devenish pathway "The Wide Awake Way", a 5km  looped pathway in the Devenish area.  The pathway is being deli...

We are Hiring – Join Our Team – Communications and Project Officer

31st May 2022
The Communication and Project Officer will assist the LELP team to develop communications, plan activities and work toward project outcomes to enh...