This training is based on the needs identified in the LELP commissioned CAF Built heritage and Opportunities report, ARUPs Conservation Land Management report and a recent audit of other initiatives being delivered in the area. Training will be made available to LELP volunteers and the wider community.

This Heritage Skills Project is funded, through the Lough Erne Landscape Partnership (LELP), by the National Lottery Heritage Fund and Fermanagh and Omagh District Council. It is being delivered under the guidance of Fred Ternan, Lough Erne Heritage (facebook.com/lougherneheritage/).

For thousands of years, wooden boats and cots were the principal mode of transport in Fermanagh, with a network of routes between the shores and islands of Lough Erne. They were part of everyday life and facilitated the transport of people, livestock and goods. It is interesting to see, in a drawing of the siege of Enniskillen in 1592, 11 Lough Erne cots, some carrying men with scaling ladders. (British Library: www.bl.uk/onlinegallery/onlineex/unvbrit/a/largeimage82893.html)

With the introduction of fibreglass boats, traditional Lough Erne boats fell into disrepair and were lost, with an increasing danger of losing the skills used to build them. Lough Erne Heritage was therefore established in 2015 to preserve and promote the story of the traditional boats and maintain the skills.

This LELP Heritage Skills Project was initiated to train local people in cot building, with the additional aim of preserving the social history, heritage and records of the previous lifestyle associated with the Lough Erne cot.

Planning is underway for a launch event for the cots in late spring in Enniskillen, when the video will also be premiered. The video will be publicly available after the event on the Northern Ireland Screen website.

Articles on the great work of the craftspeople involved in this project were published recently in the Impartial Reporter and Afloat magazine. 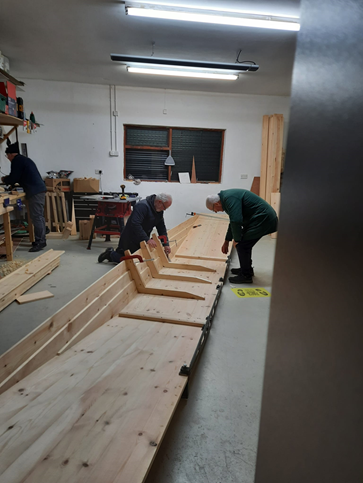 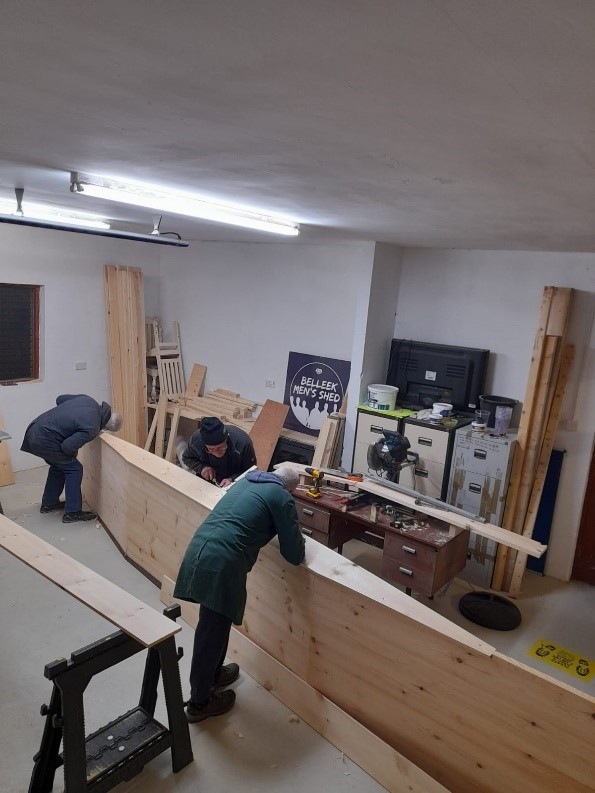 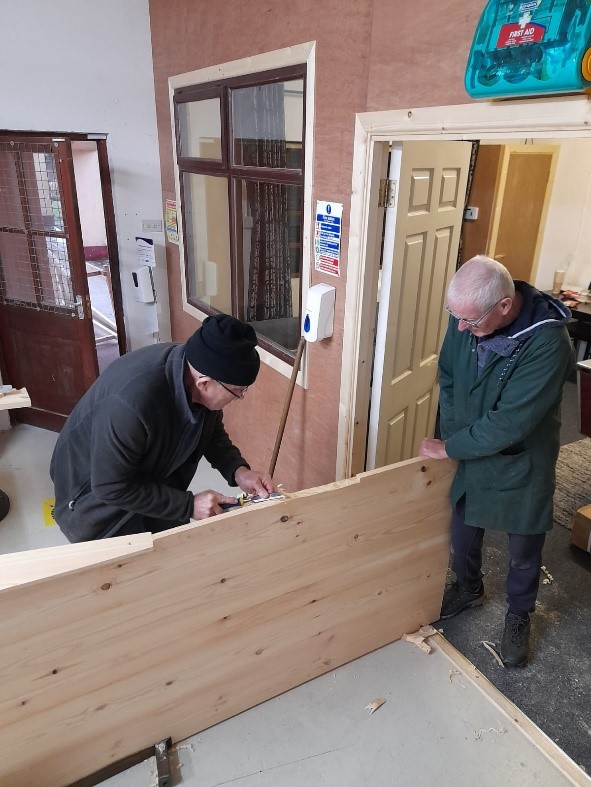 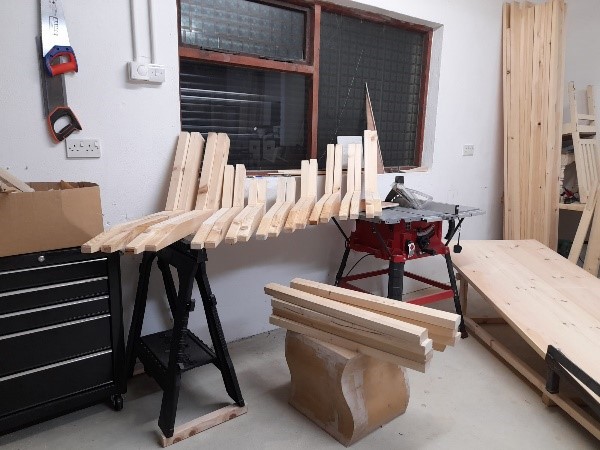 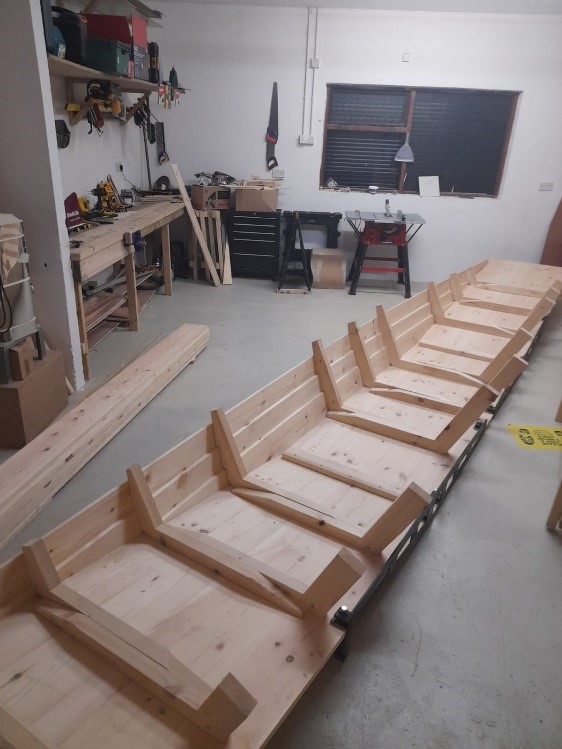 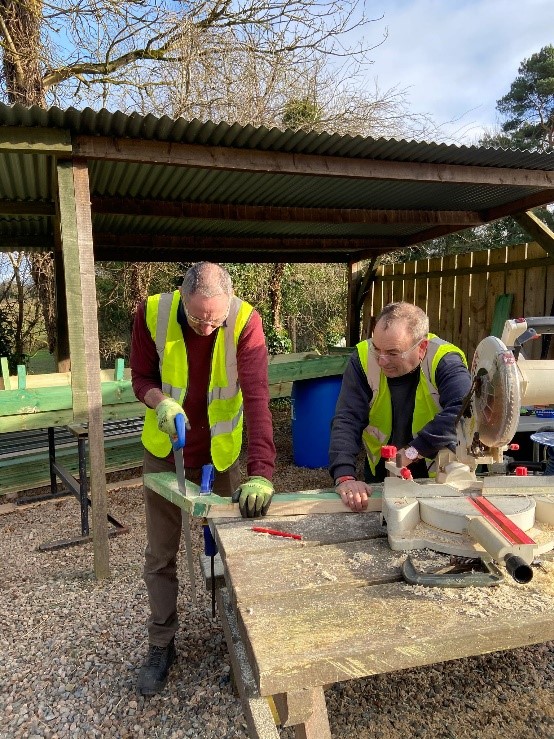 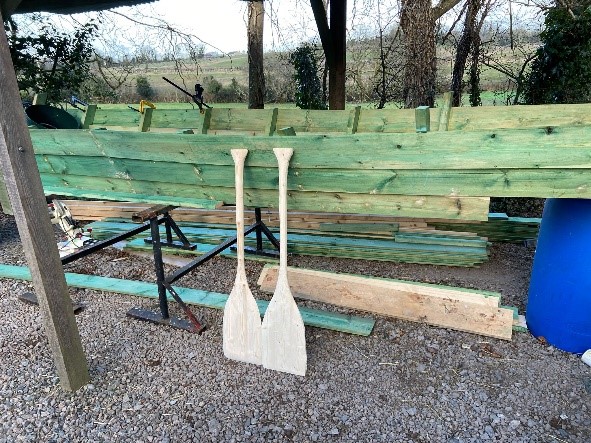 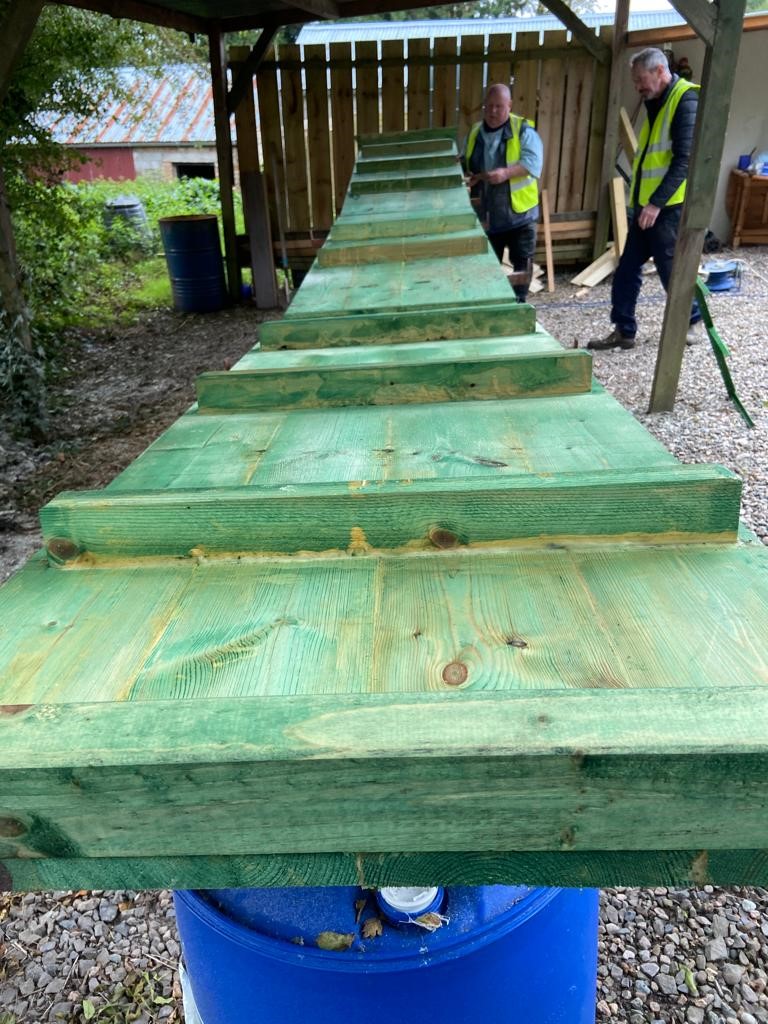 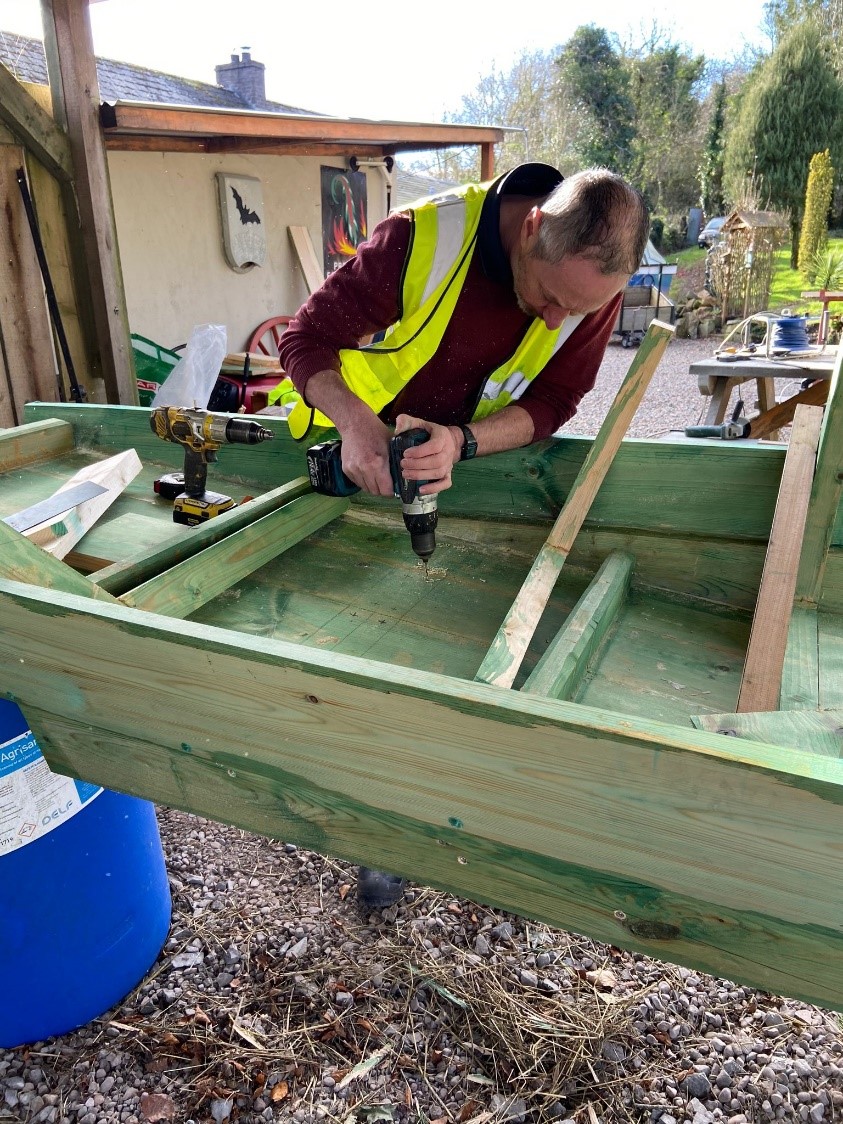 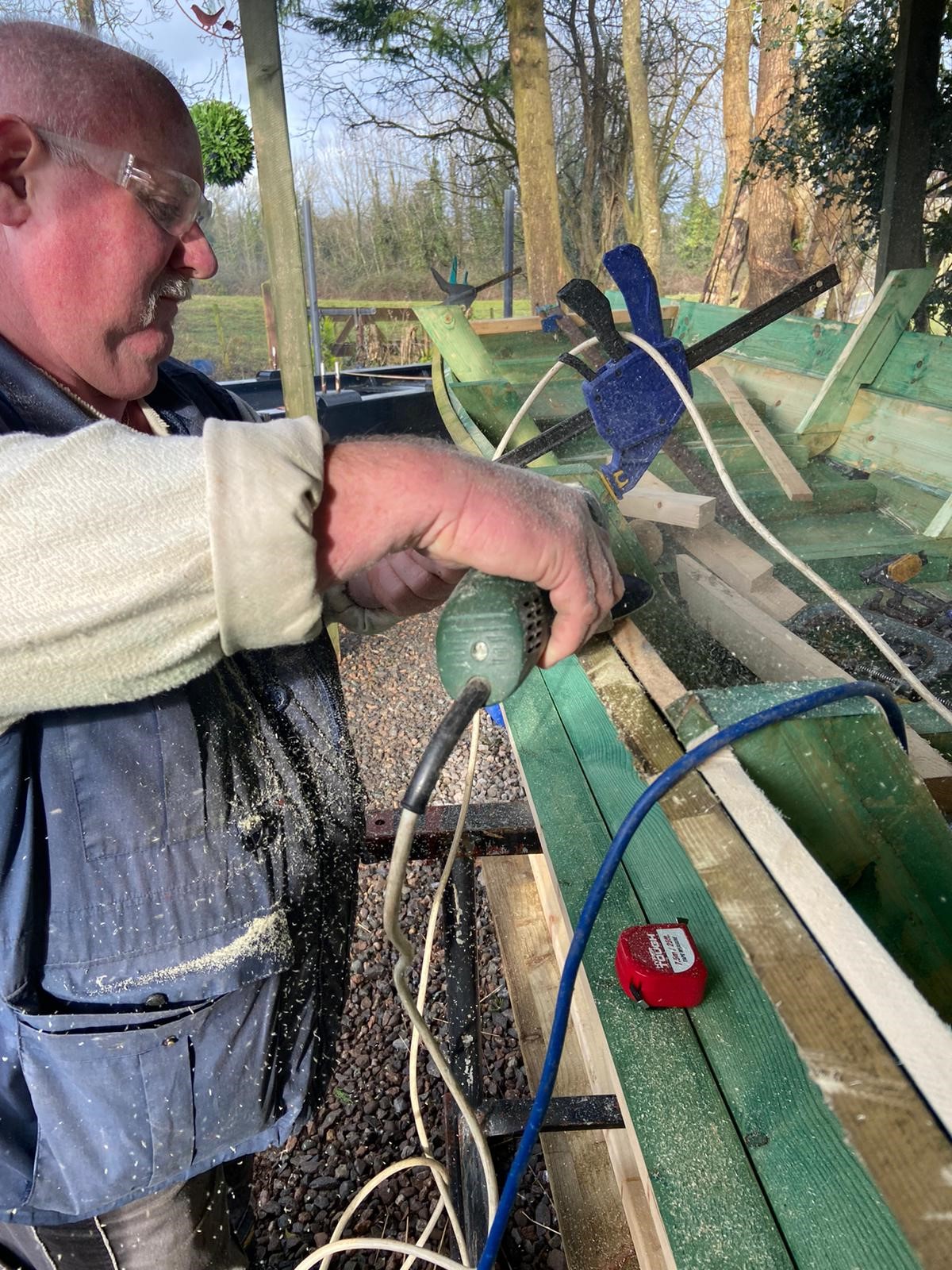 The Lough Erne Landscape Partnership, in partnership with Cuilcagh Lakelands UNESCO Global Geopark, supported through funding from the National Lottery Heritage Fund Northern Ireland and the Community Foundation NI, are delighted to offer an OCN Level 2 in Tour Guiding this September.

This course is perfect for individuals who have a keen interest and commitment to exploring and promoting the Fermanagh landscape and its rich heritage.

This course will be delivered in person (face to face), covid permitting at Fermanagh House, Broadmeadow, Enniskillen, Co. Fermanagh. It will run on Monday 6th, 13th, 20th & 27th September 2021 and 4th, 11th October 2021 (assessment days). The cost of the course is £35 per participant.

The Tour Guiding course involves 6 full days of training (10am – 4.30pm) to include research work, as well as presentation skills required to lead a tour group and health & safety considerations. You will learn how to share with others and bring to life the unique and diverse heritage of the Lough Erne Landscape! Some preparation work will also be required outside of class time and a final assessment will involve delivering a short, guided tour to a group.

This bespoke course will be delivered by Travel & Tourism Associates. Upon completion participants will be provided with an accredited qualification as well as a knowledge of how to share the heritage and stories of the wonderful landscape in Fermanagh. 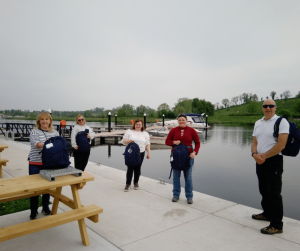 Enniskillen Castle was a hive of activity on Saturday celebrating The Lough Erne Landscape Partnership (LELP) Heritage Skills Festival taking place as part of Festival Lough Erne. Those in attendance had the opportunity to watch expert craftsmen and women carry out a range of live demonstrations including willow weaving, leather work, blacksmithing, rope making, rush and straw craft, beekeeping, wool spinning, bread making and thatching and then have a try at learning these skills of the past.  The event brought alive the skills of bygone days, celebrating these magnificent traditional skills and encouraging a new generation of potential master crafts men and women.

“We are delighted to be here today to reminisce and celebrate the skills that were once common place throughout the Lough Erne region. It is fantastic to see people here today across the generations sharing their stories and skills, with one another. It is essential that we are able to showcase these skills through events such as today and our projects in order to keep the rich heritage of these unique skills alive for future generations.”

A marvellous day which would not have been possible without the support of National Lottery Heritage Fund, Enniskillen Bid, Enniskillen Castle Museum and Festival Lough Erne. 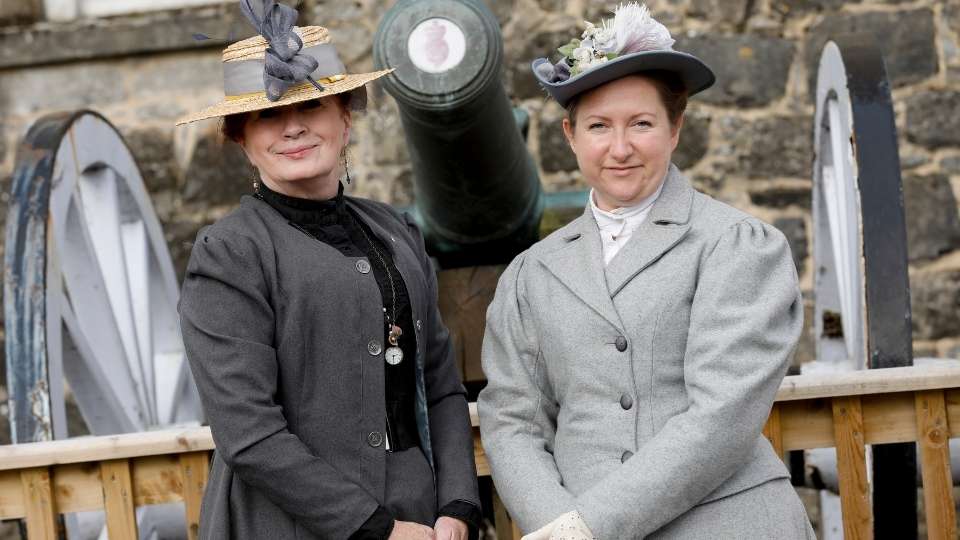 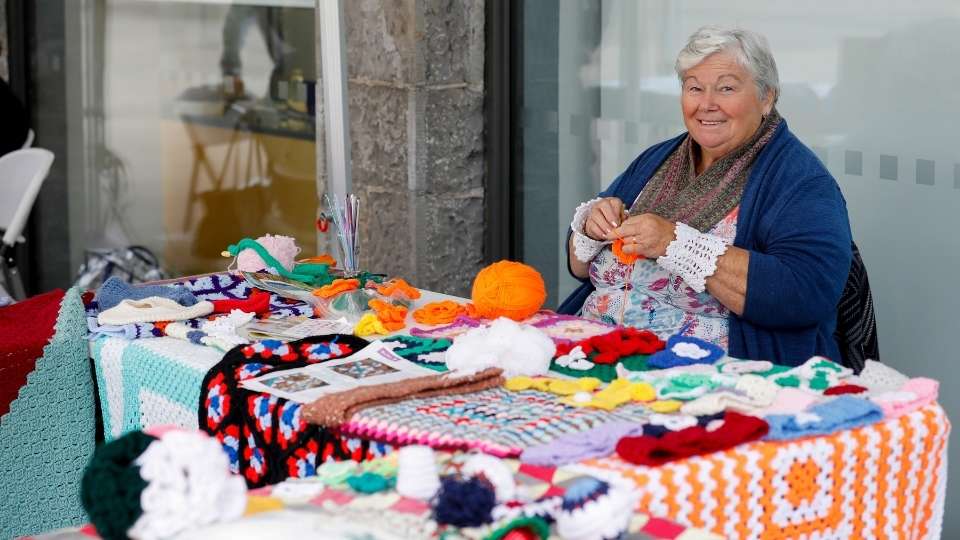 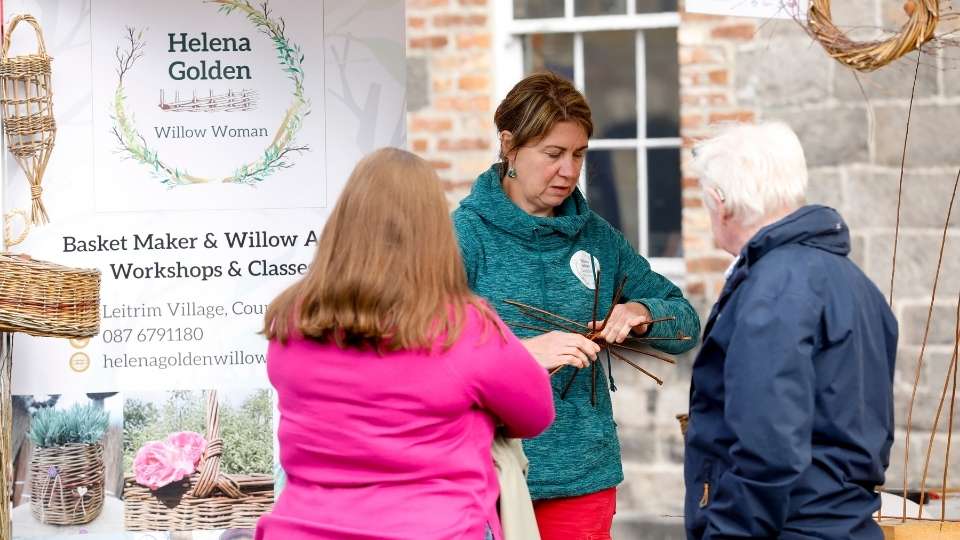 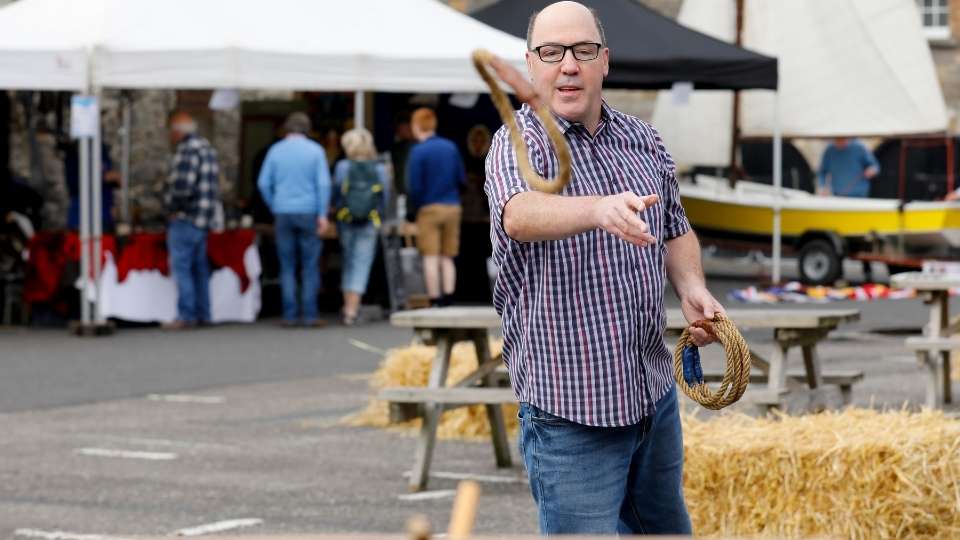 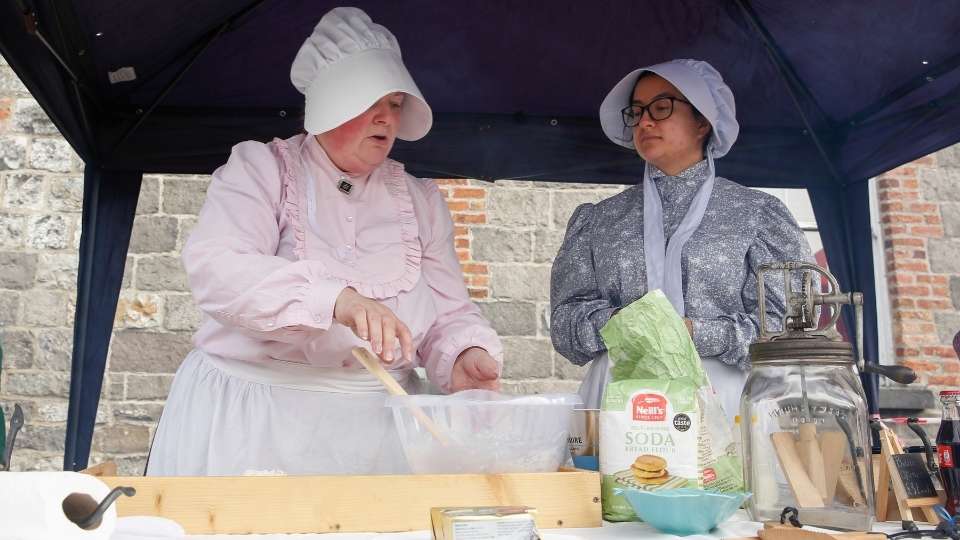 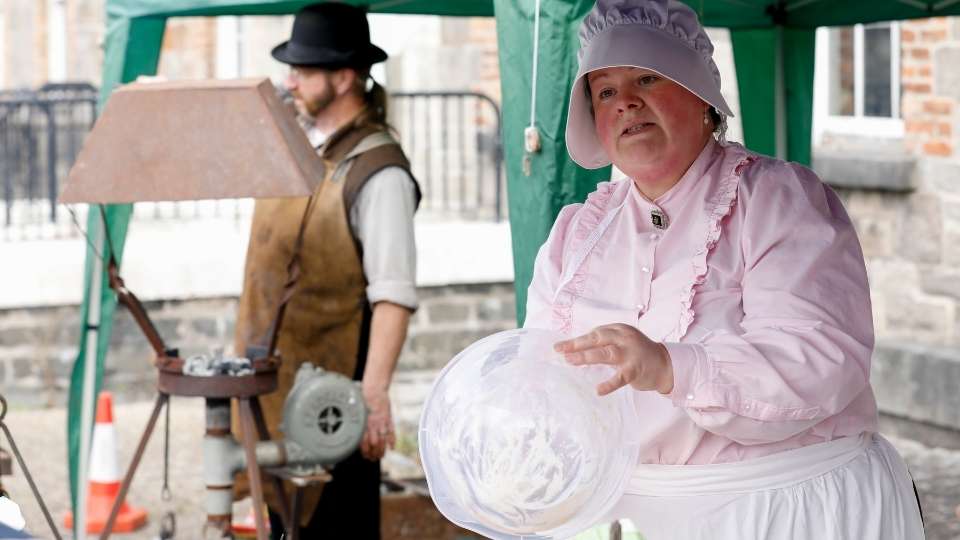 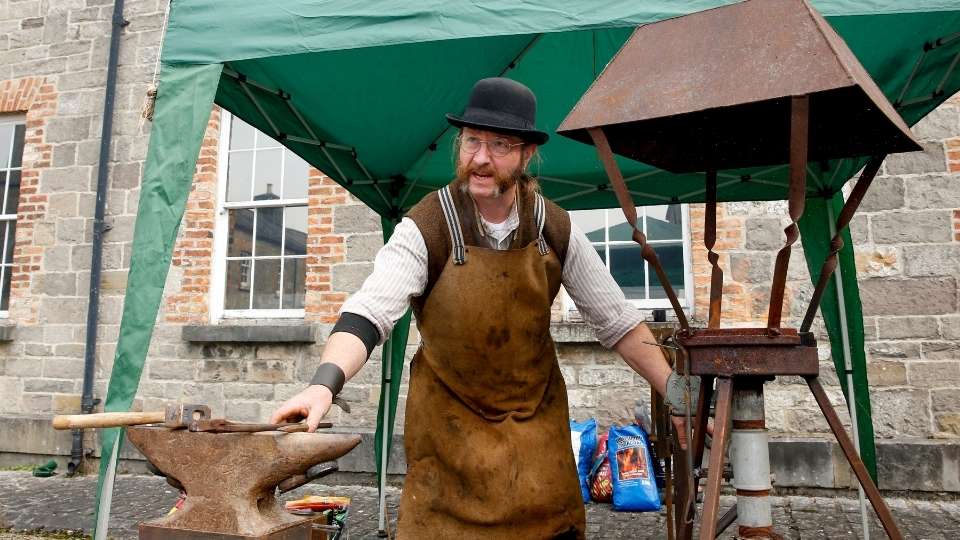 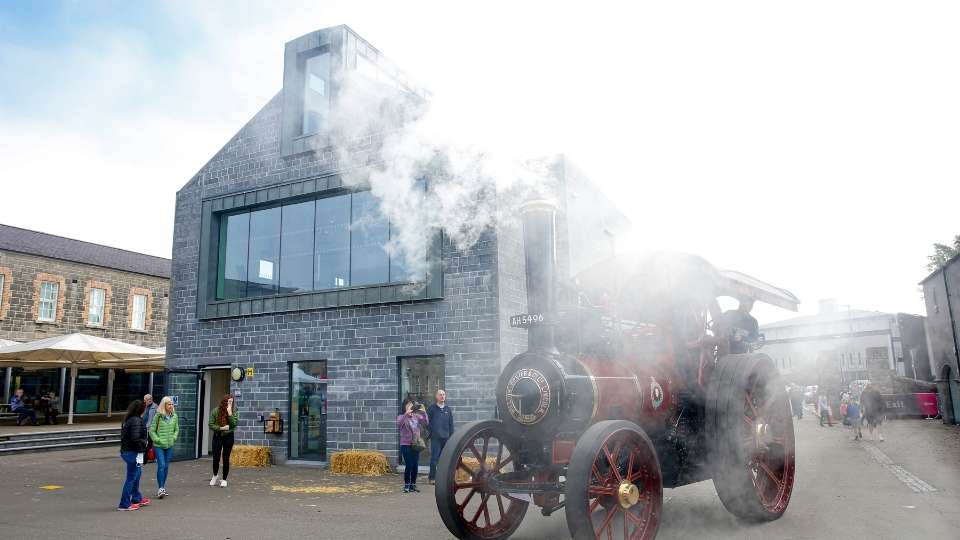 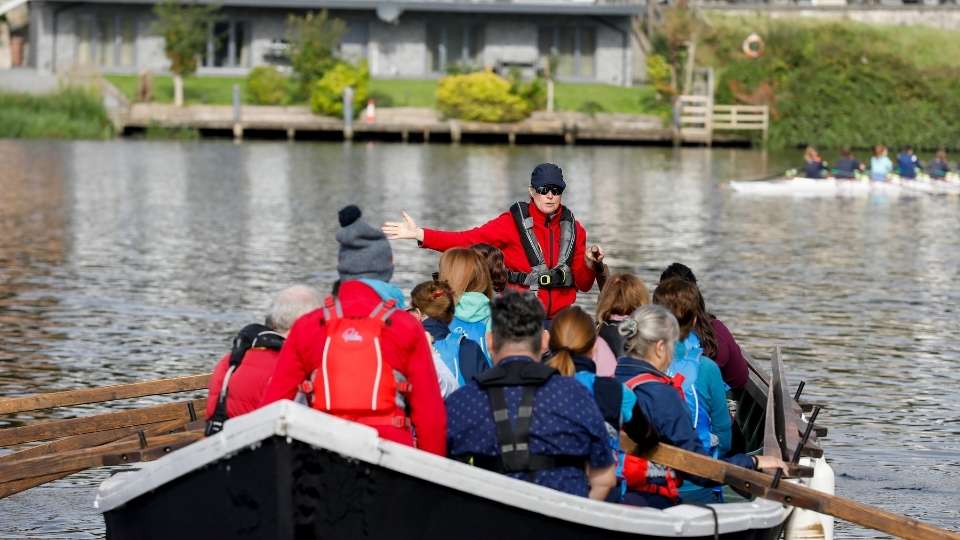 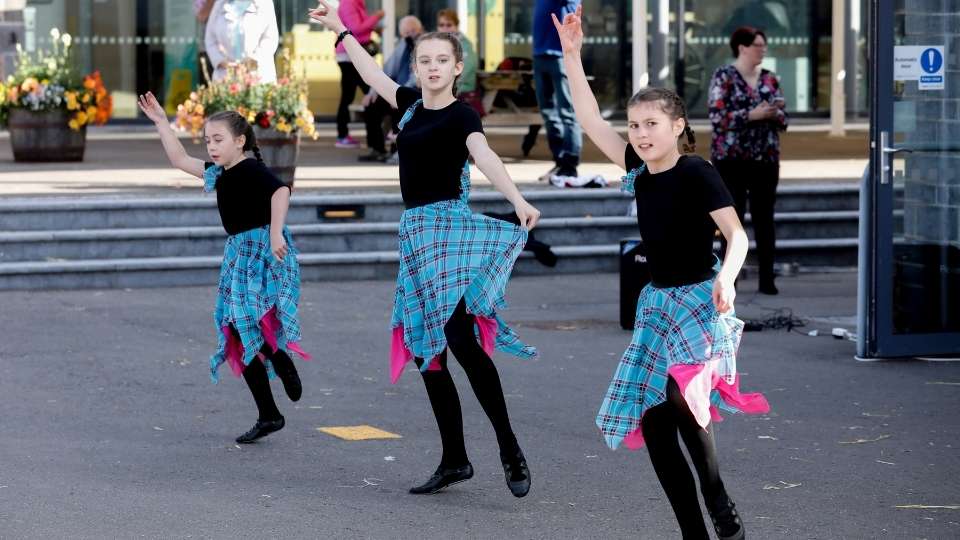 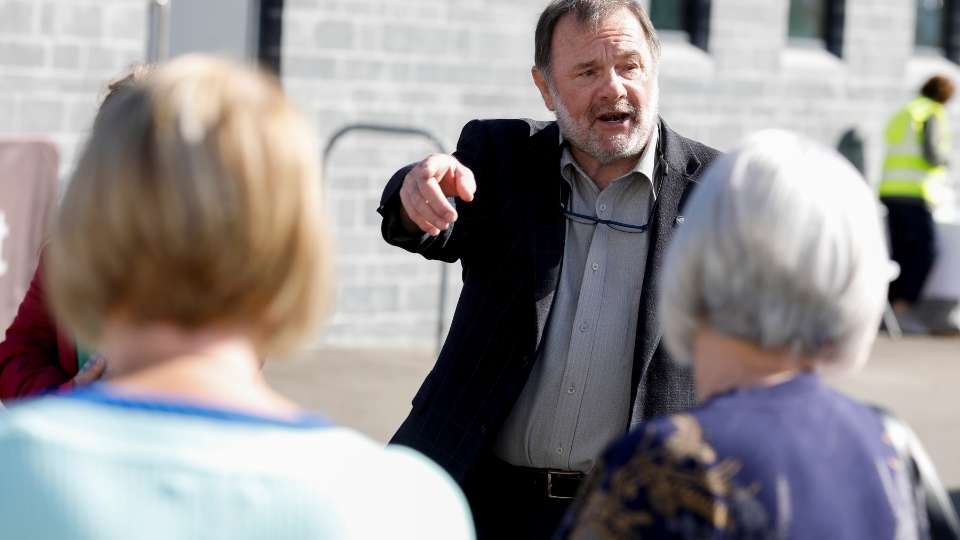 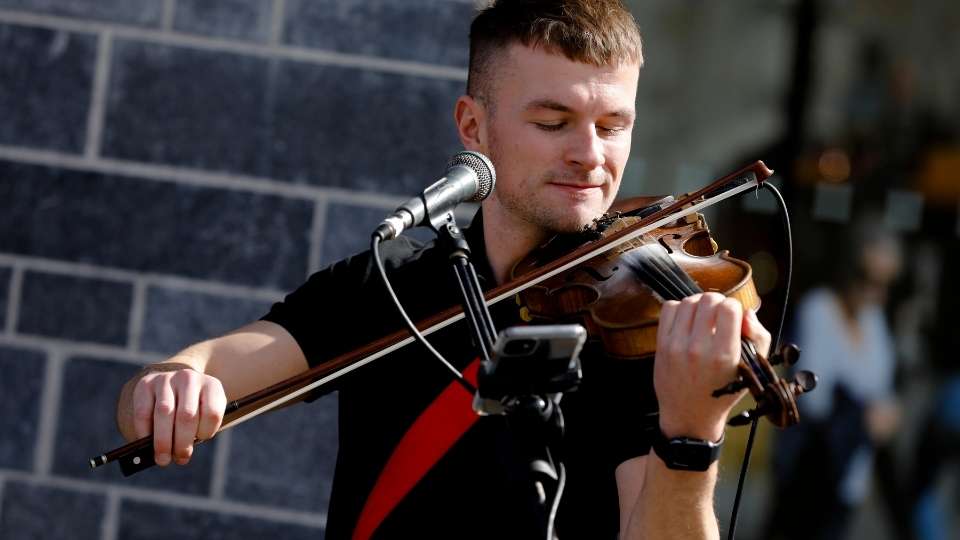 Some of you may have seen these guys out and about this week! ☺️

Colette McCafferty from Travel & Tourism Associates has been assessing the participants on our OCN Level 2 in Tour Guiding course. All tours were competent at Level 2 – Congratulations to all involved! ?

We look forward to you enhancing your tour guiding portfolio in the future. This course was carried out in partnership with Marble Arch Caves Global Geopark and made possible through funding from the National Lottery Heritage Fund Northern Ireland and the Community Foundation for Northern Ireland

Event: Connecting With the Skills of the Past: Traditions of the Fermanagh Potato Harvest and Boxty Making Demonstration – November 2020

Join us online for an evening celebrating the traditions of the Fermanagh Potato Harvest in bygone days. Guest speakers will provide a history of potato farming in the county with tales of their experiences through the years, followed by a demonstration of boxty making by Eileen McGovern.

Join us for an enjoyable evening from 7pm and feel free to share your memories and tales of working in the potato field and making boxty. 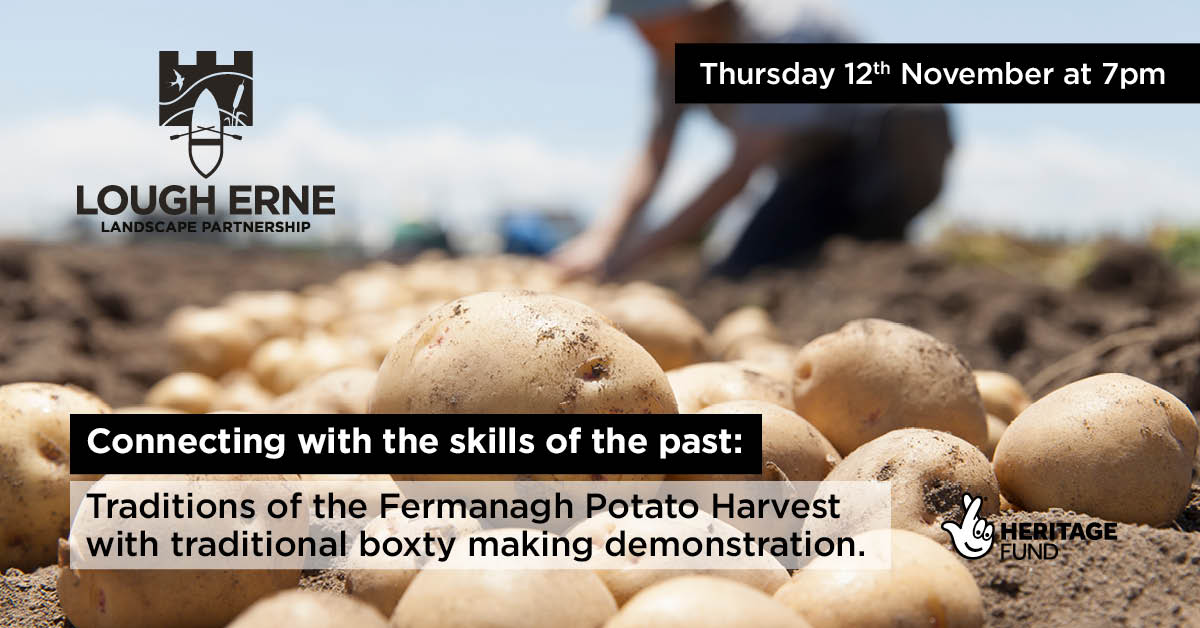 Event: Connecting with the Skills of the Past – December 2019

A fabulous evening was had by all at ‘Connecting with the skills of the past’ hosted by Lough Erne Landscape Partnership, at Enniskillen Castle Museum.

The event was well attended and celebrated skills from the past once common throughout Fermanagh such as willow weaving, spade making and lace craft. This also marked the launch of the Lough Erne Landscape Partnership Heritage Skills project which aims to engage people in heritage skills such as willow weaving, boat building, thatching and many more.

Guests were entertained by music from Fermanagh School of Music and Performing Arts and Churchill Silver Band. Speakers on the night included, Sam Morrow who discussed the traditional farming skills in Co. Fermanagh and followed by Helen Walsh on the delicate craft of Inishmacsaint Lace. The extremely interesting presentation on Fermanagh’s former spade mill and the McMahon spade, delivered by Oliver McCaffrey (Roslea Heritage Association) & Tom Mahon & James McCullough (Patterson’s Spade Mill), was very poignant particularly as the sons of the late Heber McMahon (owner of McMahon’s spade mill) were in attendance.

Roslea Heritage Association and Patterson’s Spade Mill displayed examples of traditional spades and spoke with guests about these rare and treasured possessions. In addition, there were displays from Inishmacsaint Lace, Fermanagh Beekeepers Association and Enniskillen, Lisnaskea and Belcoo Men’s Shed.

LELP have been holding Heritage Skills and Training workshops with Lisnaskea and Enniskillen Men’s Shed and Belleek Women’s Shed some of their finished pieces including baskets and bee skeps were on display in the castle. 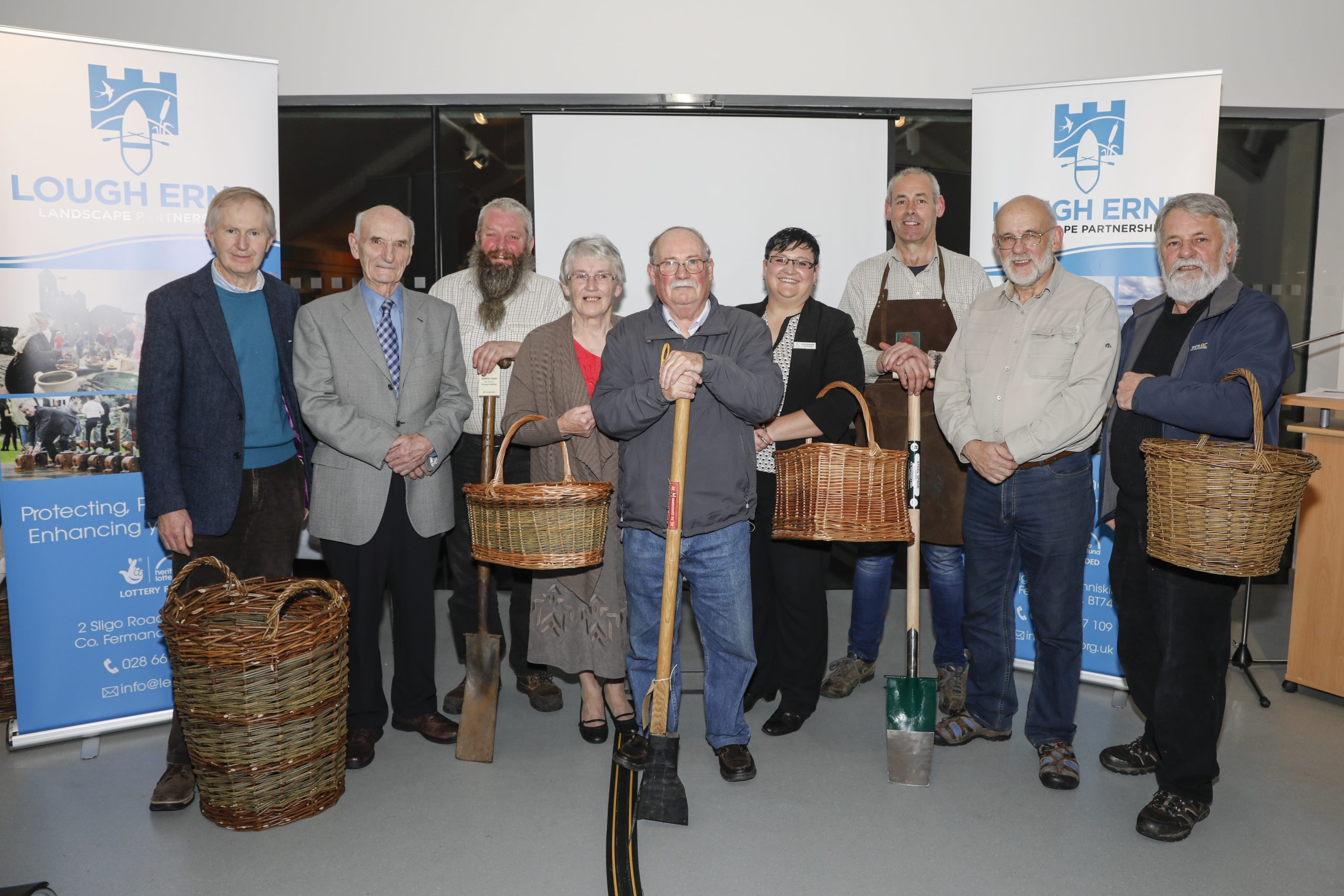 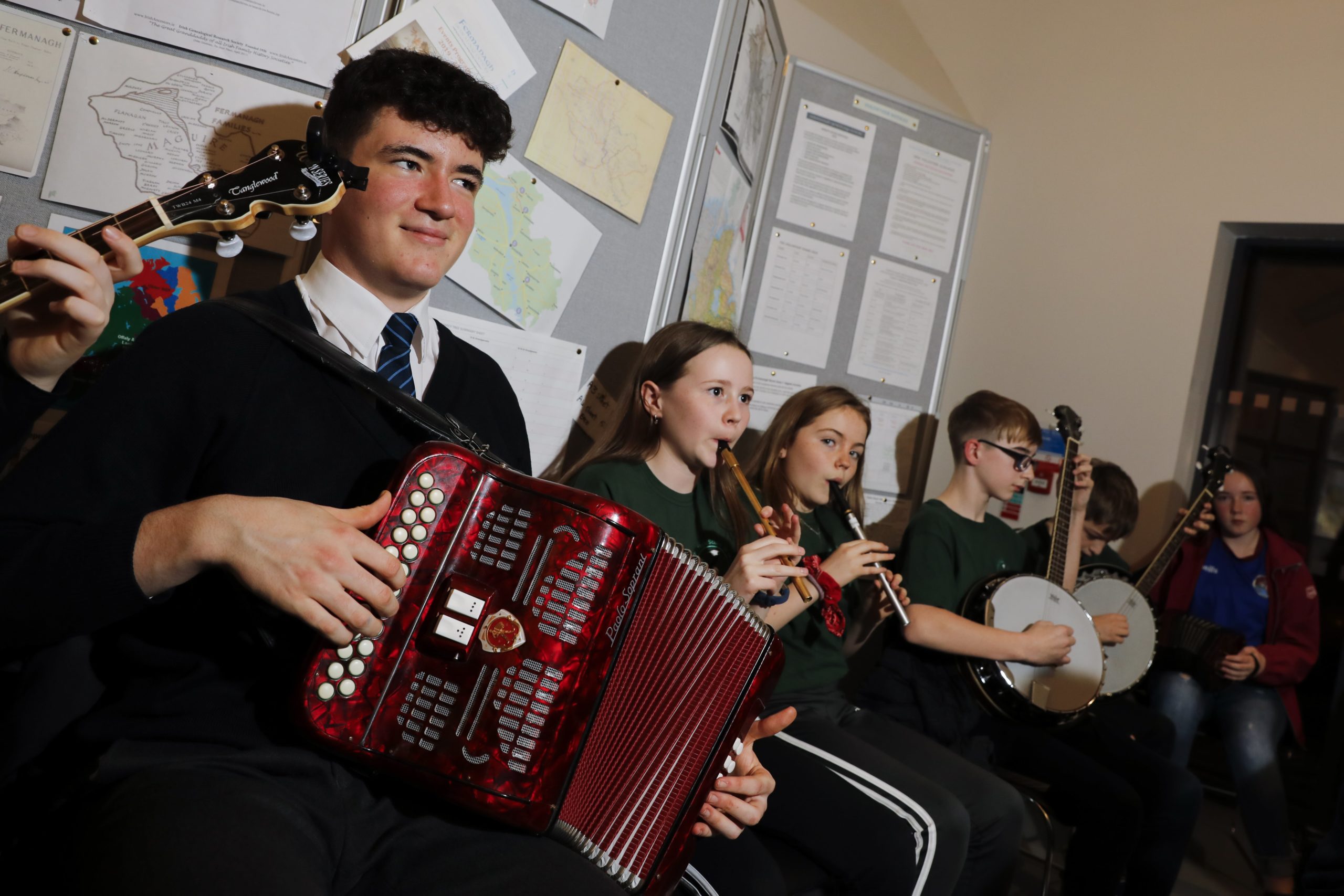 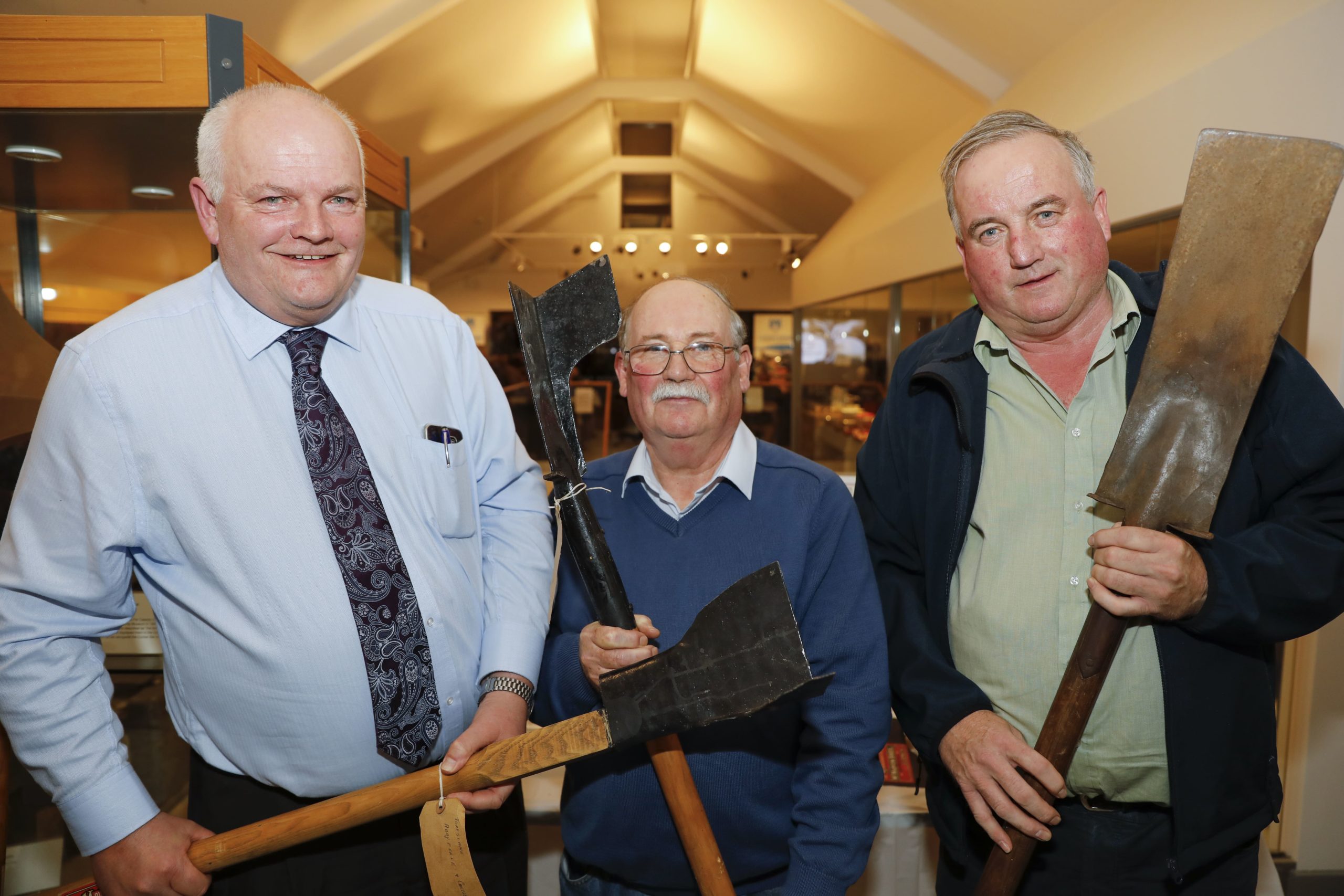 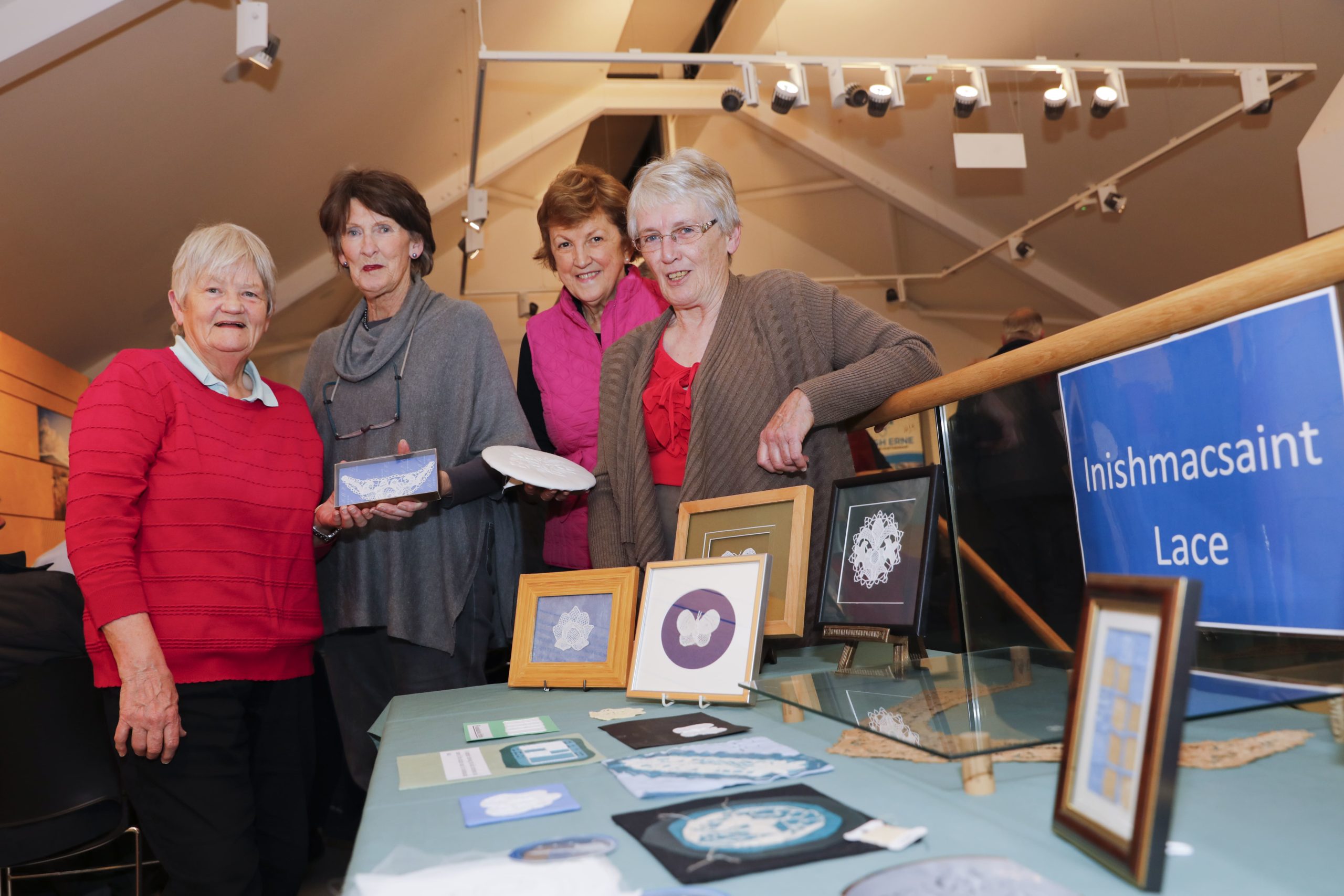 We are having a superb day at the Lisnakea Historical Society Olde Tyme Market, Lisnaskea. With lots of heritage skills being demonstrated and the opportunity to barter for wares, we are here until 2:30pm so please come and join us!
@HeritageFundNI

1st June 2022
The first phase of the new Devenish pathway "The Wide Awake Way", a 5km  looped pathway in the Devenish area.  The pathway is being deli...

We are Hiring – Join Our Team – Communications and Project Officer

31st May 2022
The Communication and Project Officer will assist the LELP team to develop communications, plan activities and work toward project outcomes to enh...