The Lough Erne Schools Convention aims to bring Key Stage 2 pupils from local primary schools together to celebrate the unique landscape of Lough Erne. It is an annual one day event, delivered in partnership with the Share Discovery Village and utilising heritage organisations to deliver topic specific workshops and seminars.

Pupils will have the opportunity to access Upper Lough Erne via canoeing provided by Share Discovery Village, and experience a range of environmental and biodiversity based workshops, provided by a number of external heritage organisations and volunteers.

Lough Erne Schools Convention back with a splash! – October 2021

Previously held in 2019, the Lough Erne Schools Convention was a one-day event, however this year, due to Covid19 restrictions, groups of enthusiastic Key Stage 2 pupils from local primary schools have been welcomed over a series of five days. Each day, pupils from P5 to P7 got to experience Upper Lough Erne from their canoes with the Share Discovery Village and learn about its inhabitants and environments. The following workshops were delivered as part of the convention:

In total thirteen different schools attended bringing over 500 pupils to the Convention, and despite a couple of rain showers all teachers, pupils and providers enjoyed the activities provided. This project has received part funding from the DAERA Challenge Fund. 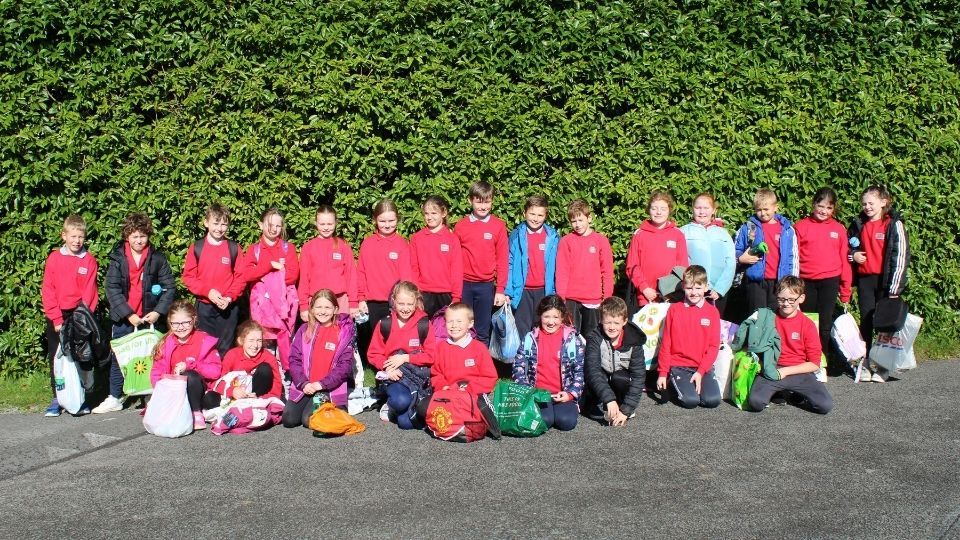 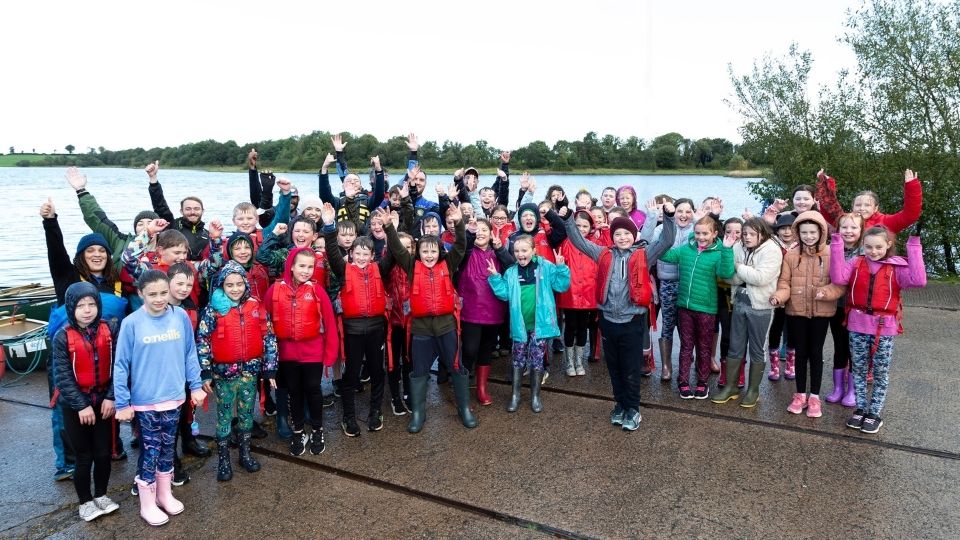 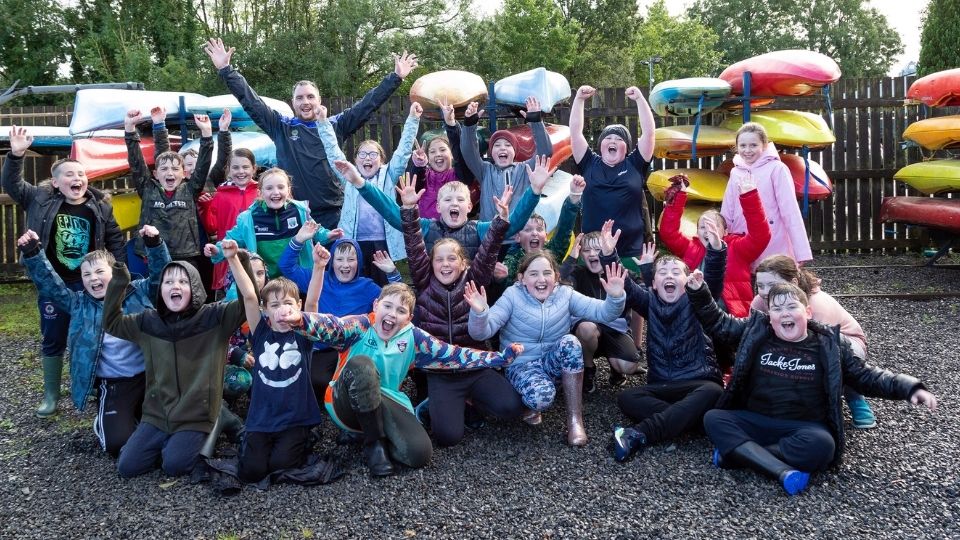 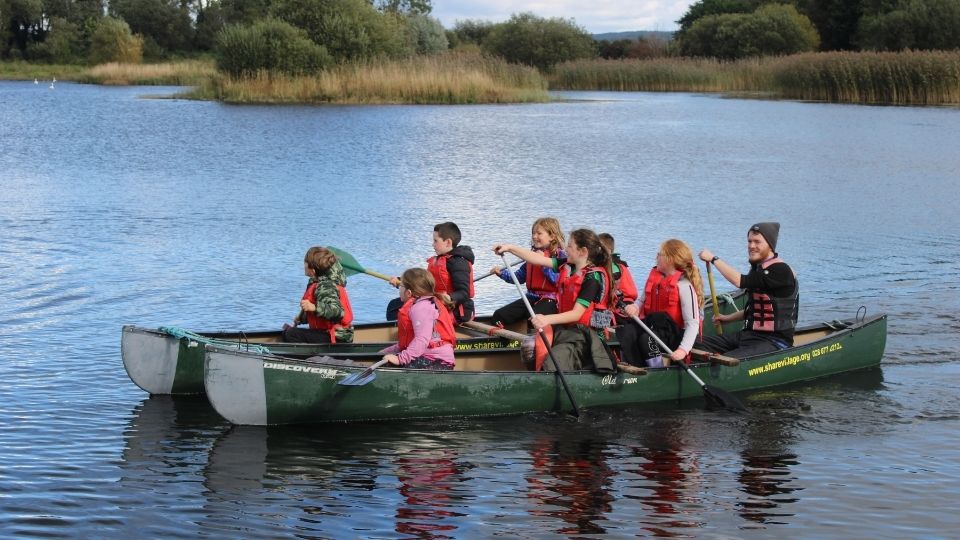 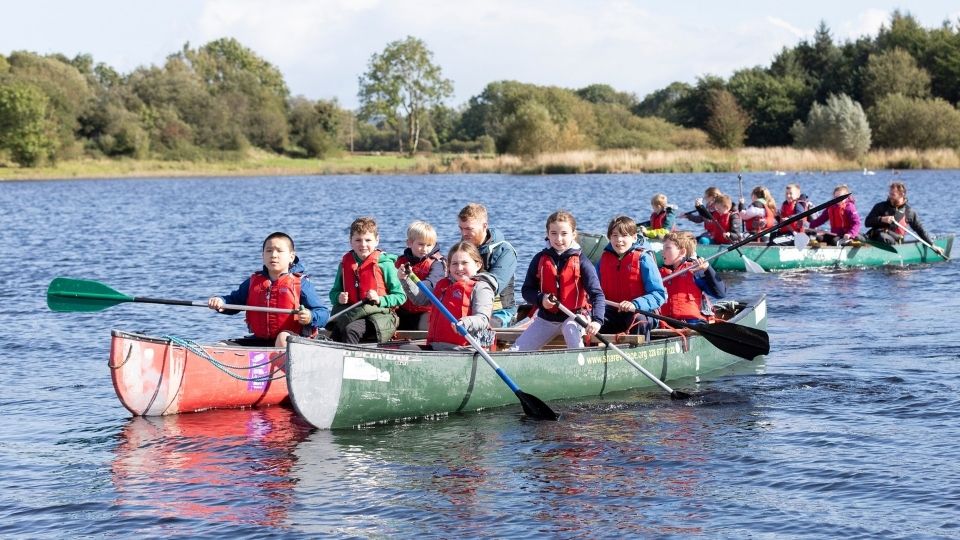 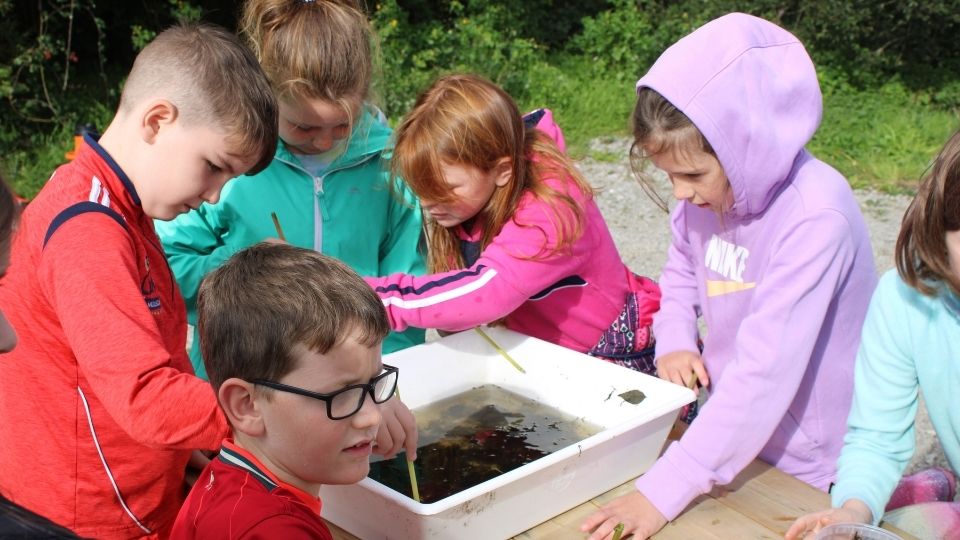 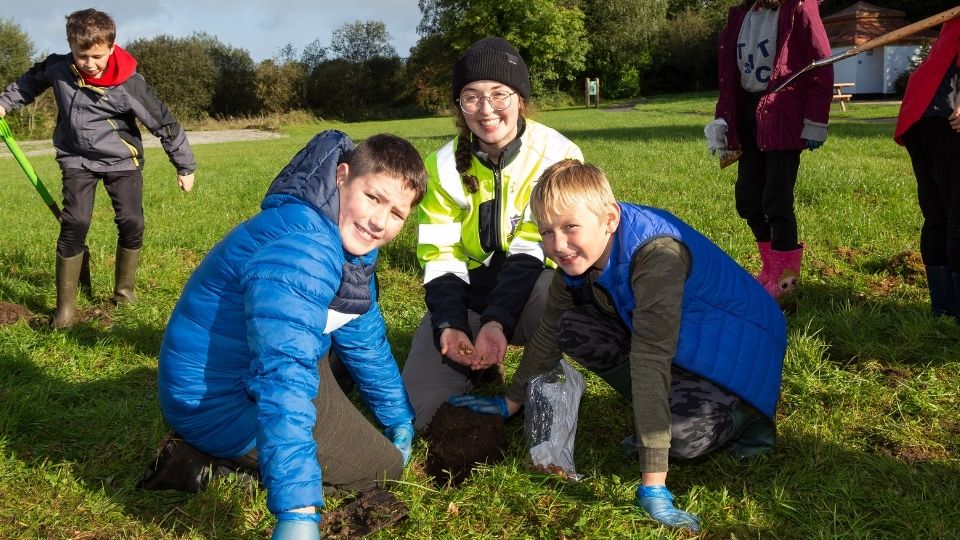 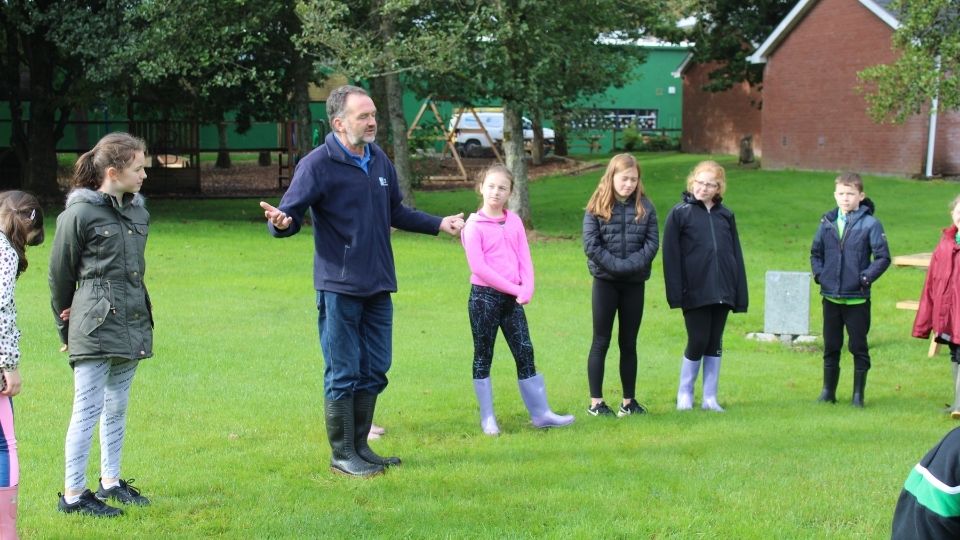 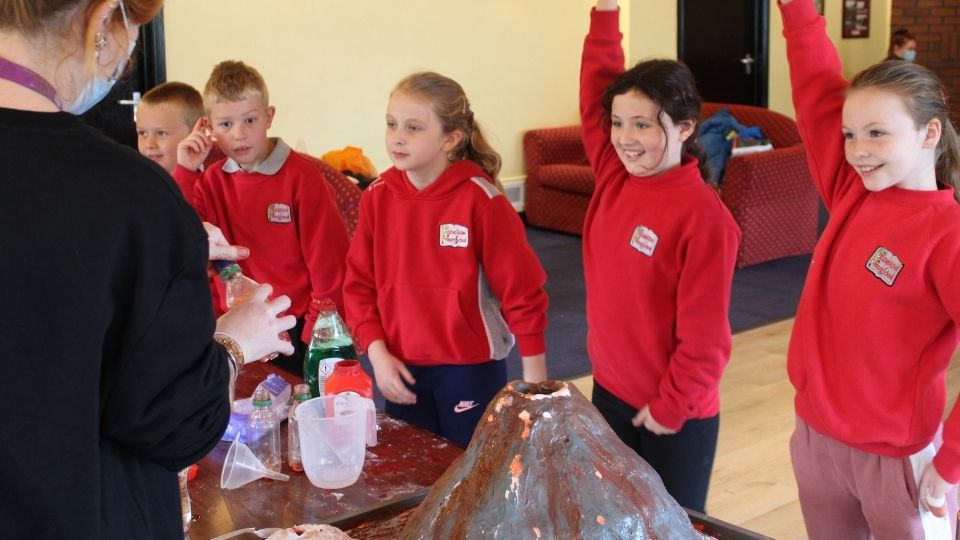 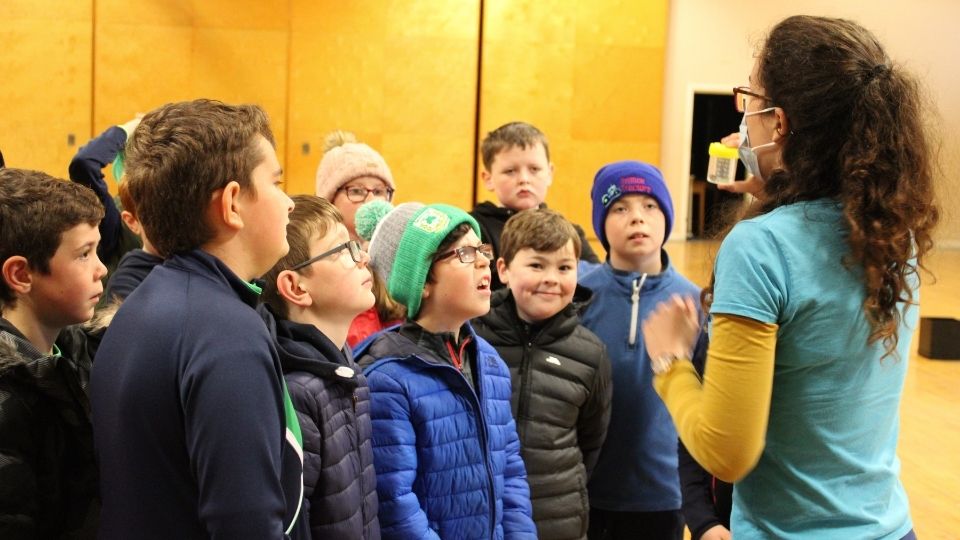 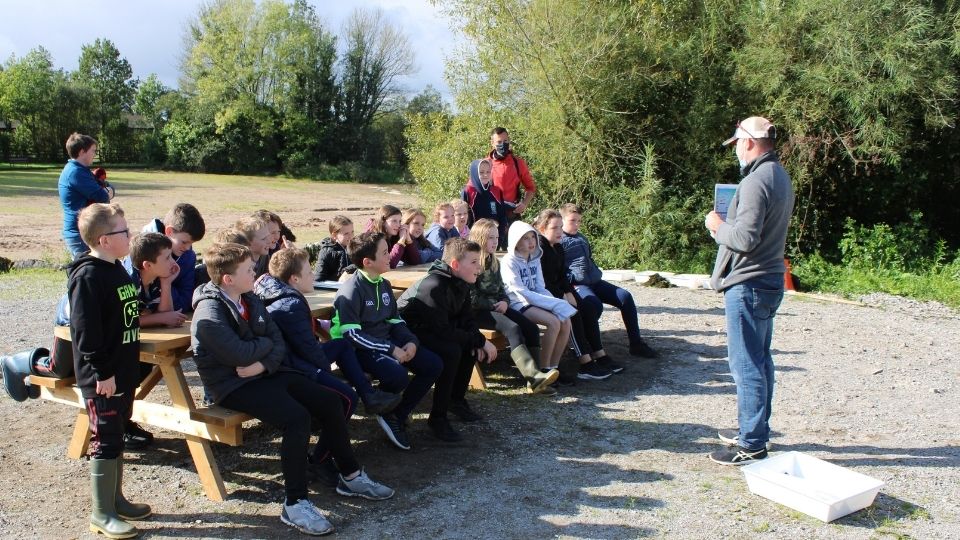 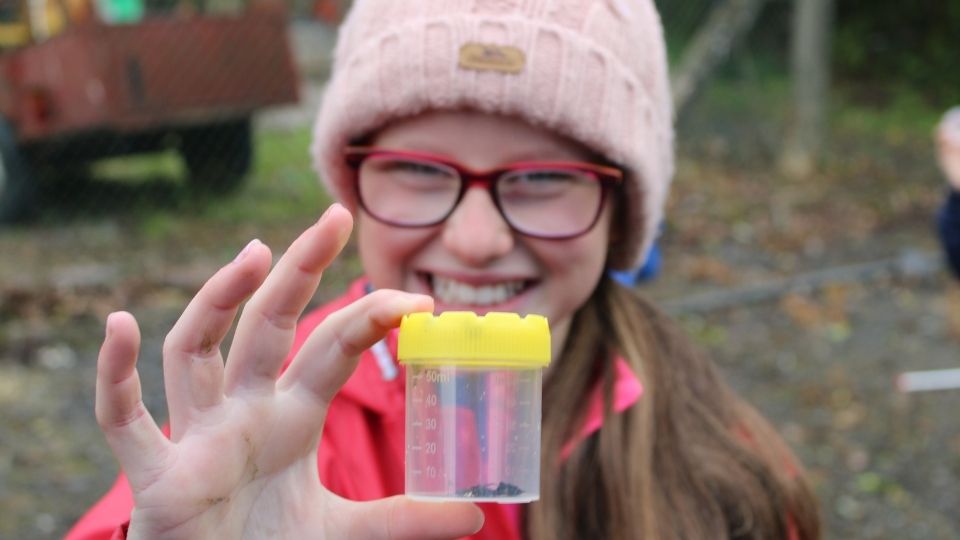 Unfortunately due to the Coronavirus Pandemic, the Lough Erne Schools Convention has been postponed. This one day event was due to run in September 2020, however due to restrictions on groups of people, education provision, transport and social distancing requirements, it is currently not feasible to deliver this event.

356 local children from 15 schools, mainly in Primary 6, had the opportunity to spend half of the day out canoeing on the lough with Share Discovery Village and Erne Paddlers and the other half of the day was spent attending nature based educational workshops with specialist organisations including: the RSPB, Fermanagh Beekeepers Association, Waterways Ireland, Butterfly Conservation, Bug Life, Source to Tap, Marble Arch Global Geopark and Fermanagh and Omagh District Council.

The Lough Erne Schools Convention will be held annually for the next four years.